Having a temp agency represent you puts you a step closer toward landing your next job. Before you sign on the dotted line to become a client of the agency, you'll need to have a resume and overall attitude that makes the agency excited to represent you. Before the agency agrees to do so, it will likely do some digging into your online presence. This way, there won't be any surprises if a company hires you and then later does the same, only to be alarmed at the social medial presence that you maintain. Before you apply to a temp agency, here are some ways to clean up your social media presence:

Go through each of your social media accounts, browse the posts that you've made — dating back several years, even — and identify posts that are polarizing. For example, if you're posting about controversial issues, politics, or other similar things, and are taking a stance that not everyone likely agrees with, it's best to delete these posts. A temp agency could easily track down such posts and may be reluctant to represent you if it's evident that you make harsh or controversial statements that are offensive to many people, as these posts may call into question your character.

You should take a similar approach to the images that are on your various social media profiles. Don't just look for images that you've posted; you should also browse the images that other people have posted of you and tagged you in. If there's anything that doesn't show you in a positive light, it's better to remove these images. For example, perhaps there's an old photo of you using illegal drugs. Even if you no longer engage in this behavior, the image could be a concern to the temp agency.

Switch Your Accounts To "Private"

Many social media accounts give you the ability to put them to "Private" mode, which means that only those with access to your account — in other words, those in your "friends" list — can see your content. This way, the temp agency or an eventual employer won't be able to see and evaluate your content. Making this change is effective at protecting yourself online, and can keep anything content that may rub some people the wrong way out of strangers' eyes. Once you've made these smart changes, you can move forward with applying to the temp agency. 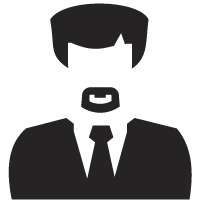 Growing up in a family of entrepreneurs, I was always interested in how business worked. I spent a lot of time in my family's businesses watching the operations and trying to learn how to ultimately work for myself when I got older. Now that I am an adult, I'm still putting time into learning about entrepreneurship, start-ups, and small business management. I know that there are many people who would love to work for themselves but don't know where to start. I hope this site helps you to work through some of the basics and get started with launching your own business.